Find Out about Now Matsumoto University

International Students in Matsumoto University Monopolized the Prizes at the Speech Contest! 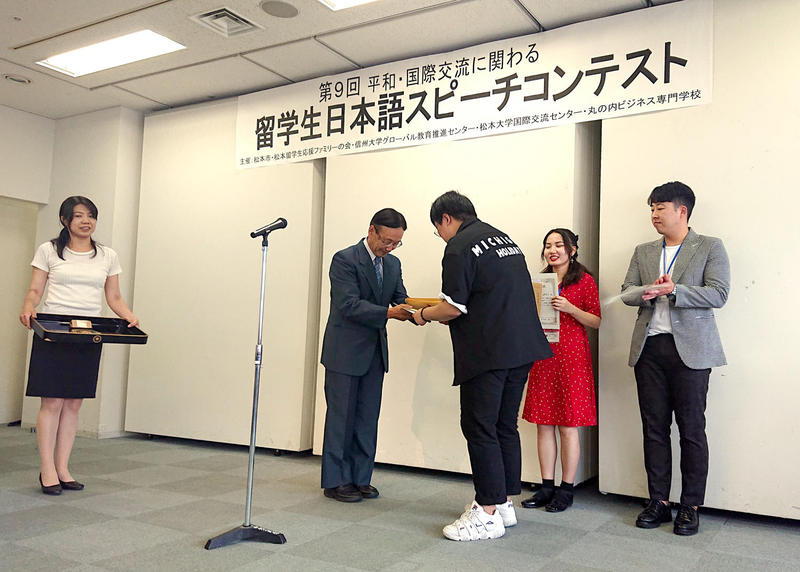 "Foreign student speech contest concerning world peace and international communication 2019" was held on July 13th, and our international students won first, second, and third place. In addition, two students won the special prizes. This speech contest aims at promoting world peace and international communication, so it is impossible to make speeches unless students are truly interested in these themes. Therefore, this contest showed the international students' awareness of these social issues. Sixteen foreign students from nearby universities and business schools were chosen based on their scripts. Eight students in my university applied, and surprisingly all passed the script contest. After passing the written component of the contest, all speakers practiced their speeches many times. Finally, they made fantastic speeches, and monopolized the prizes. Qiaoling Lu, who won the first place, talked about greetings. There are many greeting words in Japanese, and using those words with a smile enables people to promote international communication. Teong Sang Hyeon, the second placed student, talked about importance of change based on his experience with a Japanese old man. He concluded that the relationship between Japan and Korea should change, and people should respect each other like he and the old man. Im Hyeonji, the third placed student, spoke her experiences: She participated in the Korea-Japan Youth Seminar held in 2018, and realized the importance of discussion with each other, and knowing each other. The speeches of the other students were also great. Japanese students should listen to these speeches. 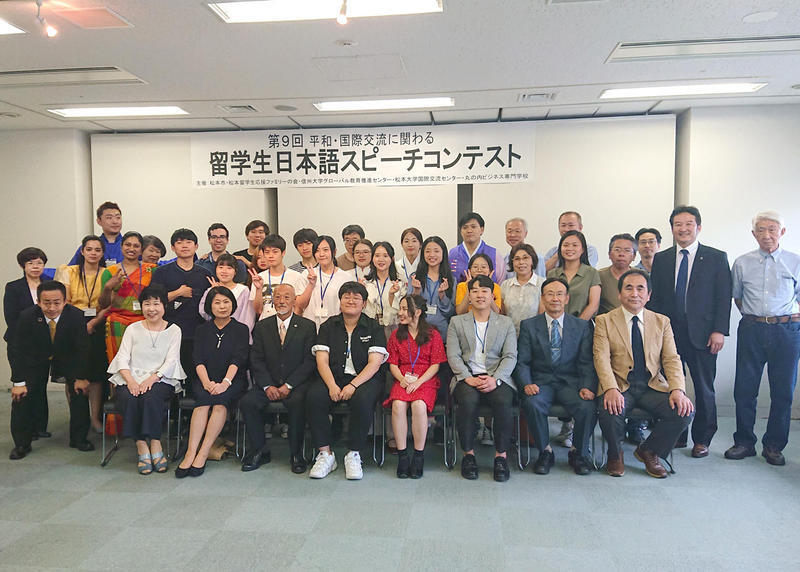